Welcome to our new website. Learn about the new site and provide feedback. 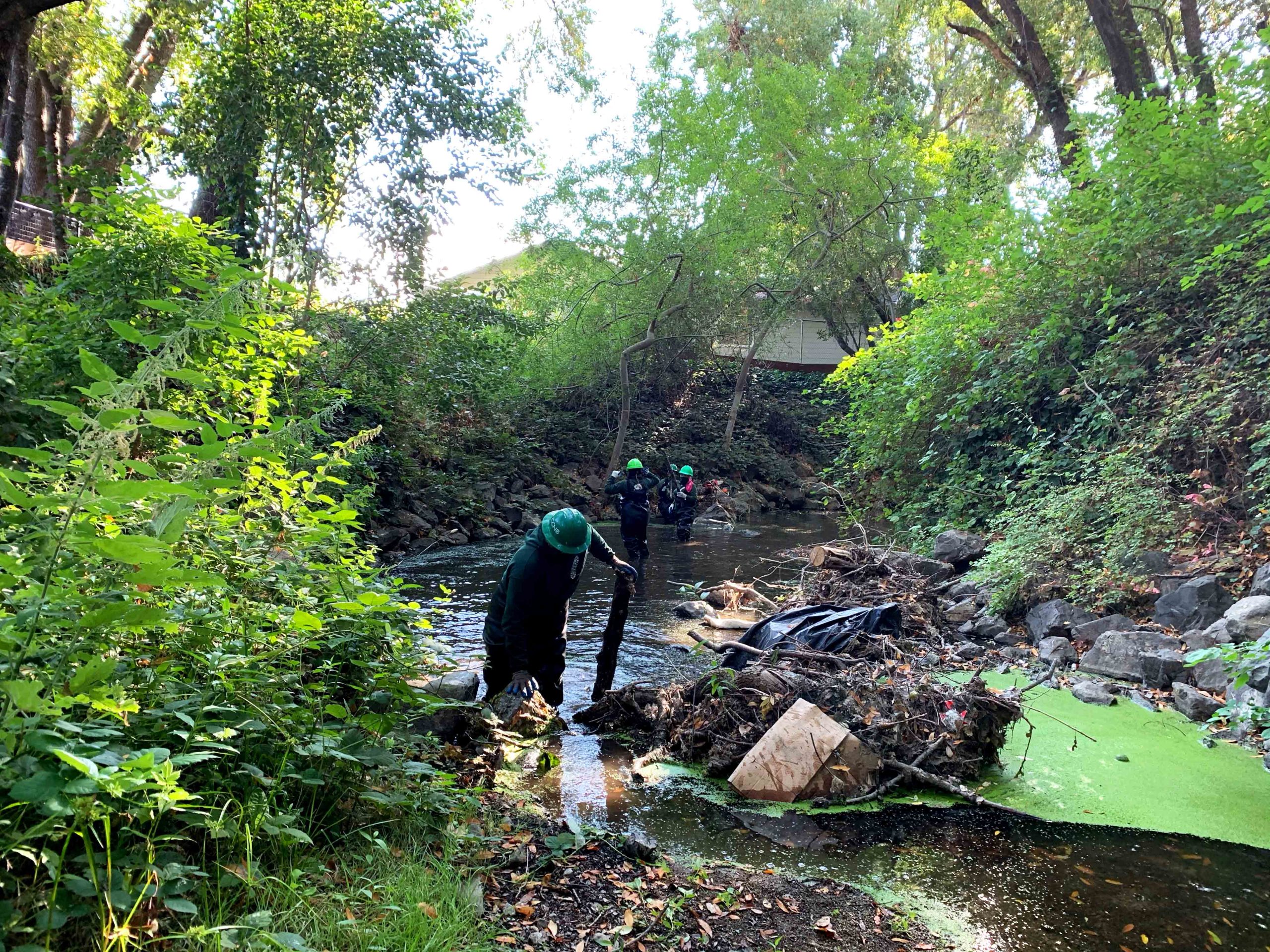 Along with many parts of the country, Marin County continues to endure one of the most extensive droughts on record. Despite the drought conditions, the possibility of an atmospheric river storm remains a reality and poses a flood risk for the community, as was seen with the deluge in October 2021. To ensure public safety, the Marin County Department of Public Works (DPW) and the Marin County Flood Control and Water Conservation District (District), as well as their contracted agencies, have been working hard to complete the annual storm season preparations that are critical for flood mitigation and stormwater drainage across the county.

Precipitation totals this year for the region remain below historic averages as Marin enters the rainy season. Despite the drought, the key is to be prepared for a potentially rainy winter.

“We stress the importance of the public being prepared for emergencies, and we take that same approach to our own work,” said Liz Lewis, DPW’s Water Resources Manager. “Preparing for storm season is a major undertaking and requires a year-round commitment. By the time there’s any significant rain on the horizon, we’ve generally been finished with the prep work for weeks.”

Storm season preparations, which are usually completed by fall, cover a wide range of work on storm drain systems, creeks, levees, tide gates, and pump stations. Tasked with this responsibility in parts of Marin, the District identifies issues and manages facilities and channels in eight flood control zones across Marin. The zones do not cover the entire county and are, for the most part, concentrated in the county’s urbanized eastern corridor. The District oversees more than 37 miles of creeks and channels, 14.23 miles of levees and berms, 1.34 miles of floodwalls, 43 permanent pumps, eight portable pumps, and several stormwater basins.

Creek maintenance within designated flood zones during the summer months is a major part of storm season preparation. The District works with local partners, such as the nonprofit Conservation Corps North Bay and municipal public works departments to handle maintenance on 18 creeks across the eight watershed zones. Teams perform essential vegetation management along creek banks and remove obstructions such as trash and dead trees across the channel to maximize flow capacity.

The District’s crews also inspect, maintain, and repair levees as part of the overall storm prep protocol. Standard maintenance includes inspecting over 14 miles of levees and timber reinforced berms for weak points, fortifying with supportive material and filling rodent burrows to prevent leaks. This is conducted on levees in the areas of Richardson Bay, Ross Valley, Santa Venetia, and Novato.

Each year, District staff, DPW Building Maintenance staff, and their contractors inspect 43 pumps housed across 17 pump stations to ensure that they are functioning at optimal efficiency. The pumps play an essential part in reducing flood risk for neighborhoods such as Tiburon’s Bel Aire, Strawberry Circle, Santa Venetia, lower Tamalpais Valley, and Novato. The pumps transport stormwater from low-lying lands into creeks, facilitating natural water flow out to the San Francisco and San Pablo bays.

The District coordinates with DPW’s Building Maintenance and Fleet Operations divisions to complete annual service on all pump stations, including cleaning wet wells, repairing electric motors and natural gas engines. The District performs major maintenance for each pump on a six-year cycle, which includes full extraction and cleaning of the machinery.

During and directly after storms, District and DPW crews check storm drains, trash racks, and pump stations to ensure that everything is operating effectively.

Additionally, there are hundreds of roadside drainage ditches along arterial and rural roads in unincorporated Marin, and those require the attention of the Road Maintenance crews as well. Upkeep on the ditches helps control stormwater flow and minimize roadside flooding and erosion. Hundreds of culverts, inlets and flow pipes are inspected and, if needed, cleared along all County-maintained roads.

Residents are encouraged to take action on their own property prior to the rainy season to help reduce the risk of flooding including the clearing of dead leaves from driveway pipes, rooftop gutters, and storm drains. Dead foliage should be disposed of in compost bins, not left in street gutters to clog drainage systems. Those living in flood-prone areas should test their sump pumps and stock up on sandbags (available at most hardware stores) and learn how to properly use them prior to storms. Additionally, ReadyMarin.org provides many detailed resources, including emergency “go-bag” packing checklists, that can be helpful for residents to prepare for the unexpected.

It is important for residents to sign up for the Alert Marin notification system to be aware of emergency situations. The service, provided by the Marin County Sheriff’s Office, provides the public with time-sensitive alerts targeted toward specific addresses or neighborhoods. Residents who have registered should review their contact information to make sure it is up to date. Alert Marin is different from the Nixle notification service, which provides general safety announcements and/or post-disaster information.

Flood insurance is important for homeowners and renters alike, as it goes beyond what is covered under standard insurance policies. Even a few inches of water can result in thousands of dollars in repair and restoration costs. Marin County participates in the National Flood Insurance Program, which makes federally backed insurance available for all structures, and provides a range of resources to help property owners make the best decisions. Residents who seek such coverage are encouraged to contact their insurance agency but should be aware that it takes approximately 30 days to process. Plan ahead to be prepared.